This is our fifth year performing my play in Scots Language with plain English narration in The Globe Inn, Dumfries – Robert Burns’ favourite drinking hole in which he discussed and read poetry with friends.  It’s a wee room full of interesting pictures and objects and a wonderful fireplace.  The Poet’s chair stands in a corner and it’s lovely to sit on it and hope that some of his talent might be absorbed!  We are delighted to be returning, and this year we have a special … a workshop on the script and music!

Come and hear what happens when The Three Craws leave their perch on Edinburgh Castle wall and fly south to Dumfries where the smell of haggis tempts them to the unthinkable, and they have to suffer the consequences.  The Three Craws meet Tam O’Shanter and Meg escaping from the witch Nannie Dee and her coven, find some spooky writing on the windows of The Globe Inn and more!

Afternoon performances in Rabbie’s Howff, The Globe Inn, with musical interludes at –

We hope to see you there! 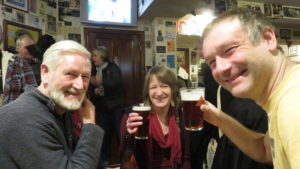 We were really chuffed to be invited again to perform in The Globe Inn, Dumfries and were delighted to do so. Lee Yeswithbellson and Oliver Sudden did a wonderful job with a massive programme of events with lots of exciting, eye-catching publicity. The hospitality we receive from the Inn is top quality with delicious pub food, great coffee and beer, and great company and fun! Oliver surprised us on the Sunday by doing a live-stream of music with the play slipped in. It was a bit like swimming in a fish bowl knowing everything we did was on camera! Now I know what the Osborne’s felt like! Thanks everyone at The Globe! Looking forward to next year! 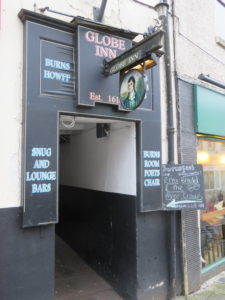 We had the most amazing time in The Globe Inn, Dumfries at the weekend performing The Three Craws Gaun tae Rabbie Burns’ Birthday Pairty At The Globe Inn, Dumfries. It was something really special to perform this with my husband and two of my kids in the actual room our Bard Robert Burns wrote poems and discussed poetry in and may well just have had a wee dram or two. Congratulations to my substitute Craw 2 who has never done this before! I thought he was brilliant, and just seeing them jamming along as they do at home on live stream is pretty cool. With huge thanks to Lee Yeswithbellson Mcqueen and Michael Oliver Sudden for taking such good care of us, feeding us and doing all the promo work. Hope to see you again before we return next year for The WEE Fringe during the Big Burns Supper!

Steven Hill a wee mention of Dunbar T-Shirt Shop around 53 minutes in. Thanks for the wonderful service you give in providing our mugs & coaster sets, t-shirts, caps, badges, and anything you can make with our logo on. 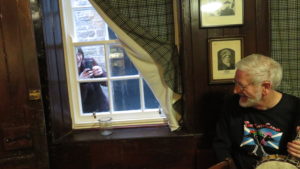 CHECK OUT The Three Craws Series of Scripts and Books, by Rita Bradd x

Oliver Sudden at The Globe Inn.

Posted by The WEE Fringe on Thursday, 5 January 2017 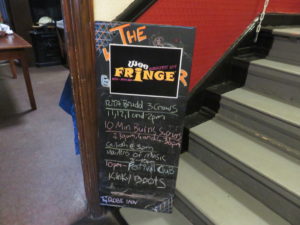 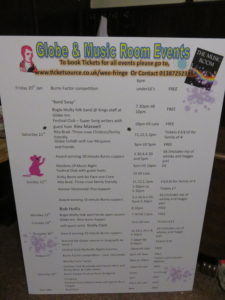 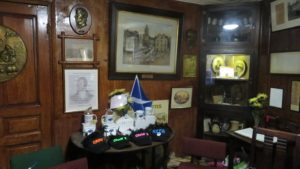 Some of our wonderful audiences singing along … 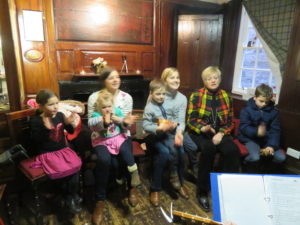 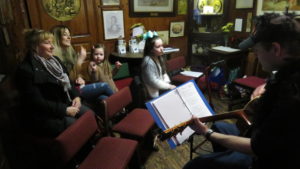 The script is based on Tam O’Shanter. See what The Three Craws get up to on their visit to The Globe …

The Globe is one of Robert Burns’ favourite places back in the day to have a pint or so, blether with his pals and write poems. Lots of performances to chose from … and you can get your plate of haggis afterwards, from 2.30pm.

Tickets available … come on, come and join us for a family fun time with lots of laughs and music.

Previously appeared in The Scottish Storytelling Centre, Coastword Festival Dunbar and The Globe Inn with further scripts in the series.

Looking forward to seeing you there! Rita xx

Look what they done to Mama Craw! She’s in the pink! Love it! Thank you Oliver Sudden

The WEE Fringe at The Globe Inn.

Author Rita Bradd and The Three Craws Series of Scripts and Books, by Rita Bradd a wonderful story telling day on 21st and 22nd Jan! Get yer tickets online@ weefringe.com 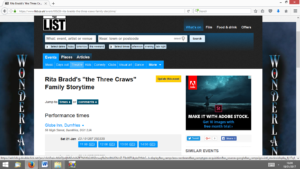 Check us out here too 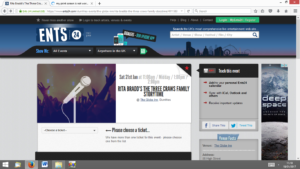 Very Pleased to have Rita Bradd and the three craws,great for all the family no matter what age you are!! 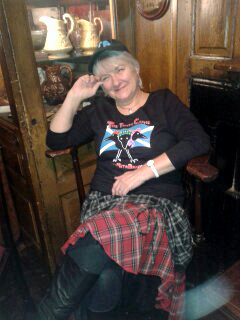 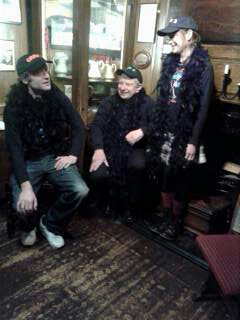 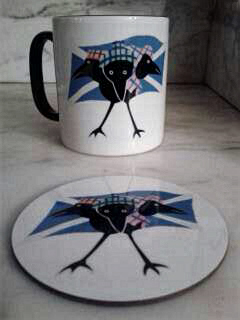 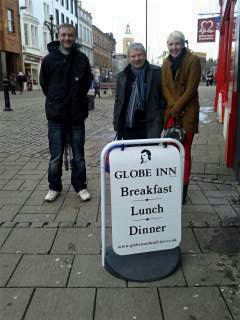 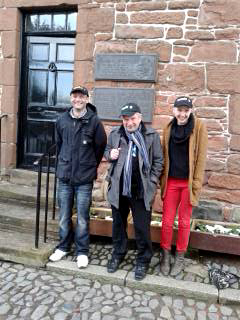 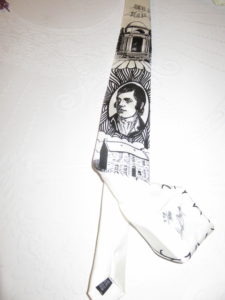 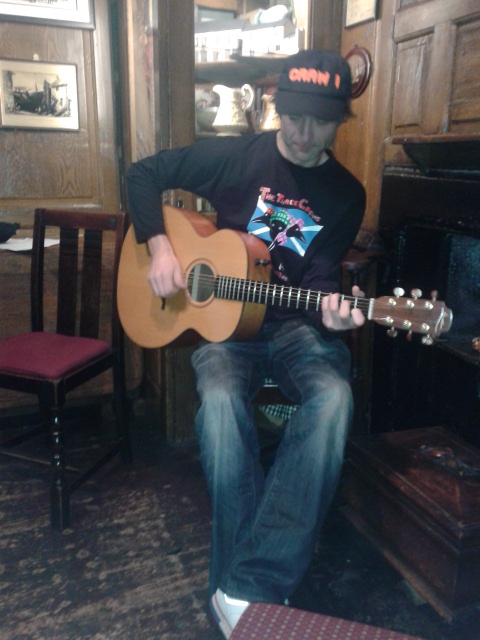 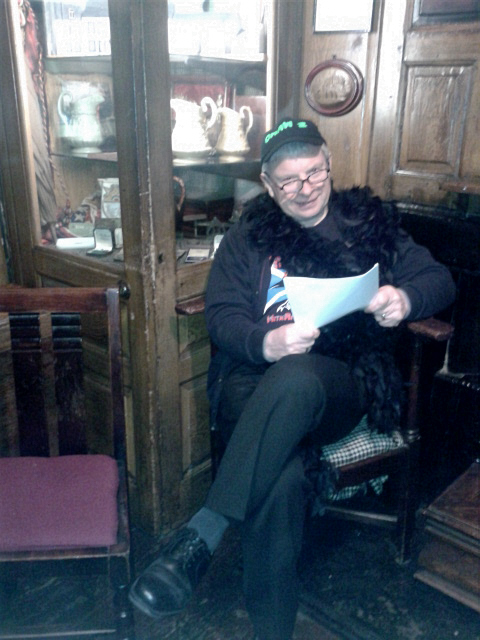 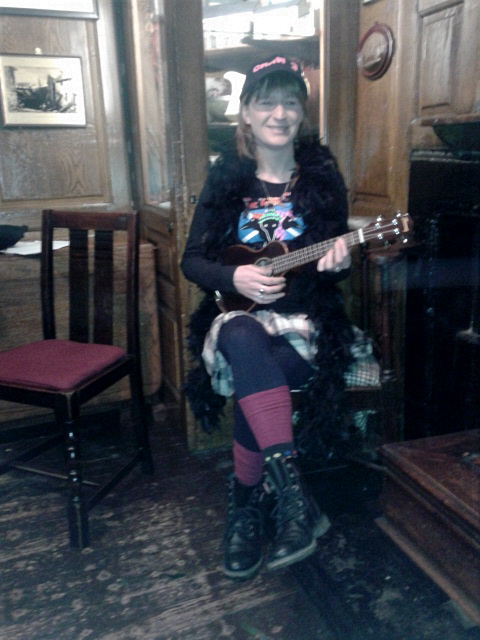