We’re back! Each month at Hear Hare Here, we’ll be bringing you three of our favourite poetic voices in a cornucopia of verse, MCed by our very own bookseller and poetry lover Alice Tarbuck. Flee the darkening evenings and join us as we light up the night with words, with readings and performances from the glorious Freddie Alexander, the oh so lovely Janette Ayachi and a mystery guest to be announced! Pick up a glass of wine on arrival and, as no poetry night is complete without a raffle, take a chance of winning a blind date with a book… 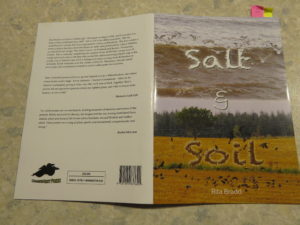 Frederick “Freddie” Alexander is a writer and events organiser based in Edinburgh. Since 2013 he has been an organiser and host of the Inky Fingers Open Mic night, and has been an organiser of various other Edinburgh poetry nights. Freddie is a freelance writer for Broadway Baby, ScotsGay, and Flint & Pitch. He works for the National Library of Scotland.

Janette Ayachi is a Scottish-Algerian poet. She collaborates with artists, has been shortlisted for a few chewable accolades, and has performed her work on BBC radio, as well as at events across the UK. She is the author of poetry pamphlets Pauses at Zebra Crossings and A Choir of Ghosts, and a children’s chapter book The Mermaid, The Girl and The Gondola. She is currently working on a memoir titled Misdialing The Muses.

RITA BRADD is published since 2007 in a number of anthologies, and has read in many venues. In
2016 at StAnza – the Scottish International Poetry Festival held in St Andrew’s – her poem ‘City of
Adelaide Bleeds’ was a film installation.

‘Salt and Soil’ is Rita’s debut pamphlet, published in August 2017. Rita is completing her book on
her voyage to South Australia on a cargo ship with the oldest surviving clipper ship City of
Adelaide/Carrick.