I love the sound of the harp, how it looks, its evocation of the magical and mythical, its romantic, ethereal qualities. Follow how the seed of a birthday gift has grown to share music with a whole range of people from around the world.

When I was at Callander Poetry Weekend, Finola Scott knew of my interest in clipper ship City of Adelaide aka Carrick. We were ensconced in poetry when she told me ‘my’ ship was leaving Irvine. I was absolutely devastated. I thought I would never see her again. I thought this was her leaving for Australia. Two weeks later I just happened to check the website the group of Australians had created about the ship. Lo and behold I read a newsflash that ‘the ship would be leaving today’. I dashed over to Irvine, a drive of around 2 hours, to see the ship leave. I discovered she had previously just been removed from the slipway onto a barge. The ship did not leave as the weather was deemed too unsafe for her. I couldn’t go the next day as I had commitments. Again, I was devastated. I looked at the website that night. The weather had saved me again! The next morning I went prepared. I packed my harp, my poem and an extract from a diary and did this 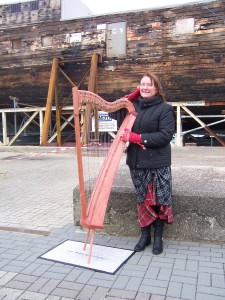 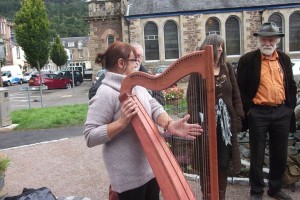 Sally Evans used the above photograph of me and Gypsy Rose for the Callander Poetry Weekend 2015 web promotion. 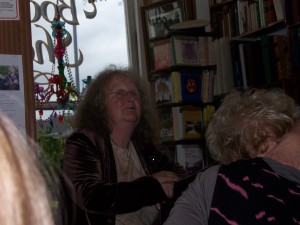 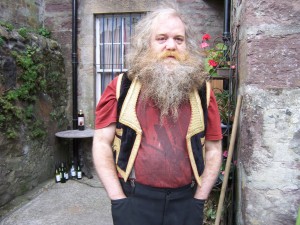 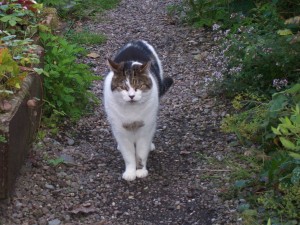 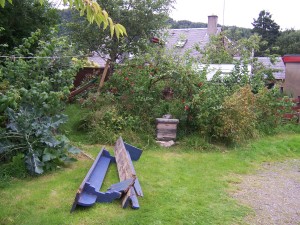 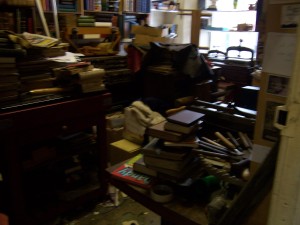 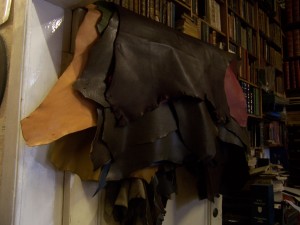 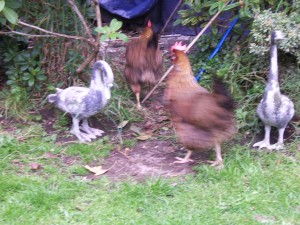 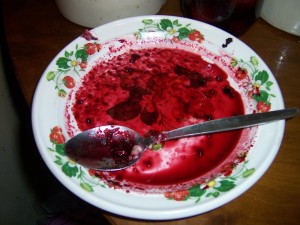 Alastair Cook invited me to play harp at the Absent Voices launch of Filmpoem at the Scottish Poetry Library on 6 December 2012. For this I composed music to accompany Jennifer L Williams poem, ‘Trinities’. I also prepared a version of Rebecca Sharp’s composition for her poem ‘Revenant’. Alastair requested I do this as Rebecca was unable to be present on the night.

I raced up from Moniaive with my new harp which I named GypsyRose, and Tangles, to meet Alastair Cook at Callander Poetry Weekend. Sally Evans, Organiser of CPW had invited him to talk about his Filmpoem projects.

Susie Goodwin of North Light Arts had commissioned him to make a Filmpoem of my poem, The Herrin(g) Trail and he had asked me to come up and play my first harp ‘Tangles’ whilst he showed the film and read the poem. http://movingpoems.com/2012/09/the-herrin-trail-by-rita-bradd/.

This is Magi McGlynn who is a regular attender at the CPW and blesses the whole event with his presence. He had a ‘jam’ session on bohran with Alastair’s 7-year old son, to whom I loaned a wee Indian Rosewood harp I had recently bought. He had a natural affinity with the instrument. 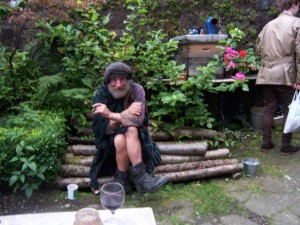 To have a harp I built and customised from a kit under the watchful eye of expert Christoph Locherbach, is enriching and fulfilling. I designed the sound-holes to represent a square-rigged ship in full sail. After a lot of sanding down, I chamfered the sharp edges all round the pillar (front) and saddle (top) of the harp by flicking slivers of wood out with a scalpel type tool. I wanted to stain the harp pink, quite a consideration with the wood for the harp being grown by Christoph himself. I used 25 parts water to 1 part stain to make sure the wood grain would show through, then anguished for 50 minutes over whether to go for it or not. The final challenge was to carve a horse’s head into the pillar. The initial very pink of the harp has now darkened down to a gorgeous sherry colour. 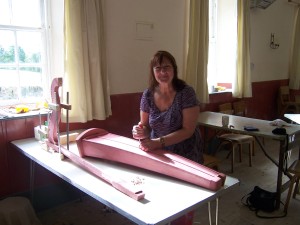 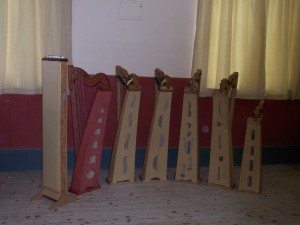 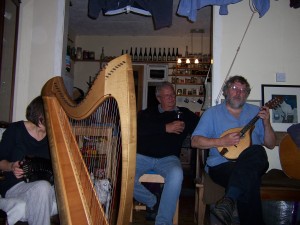 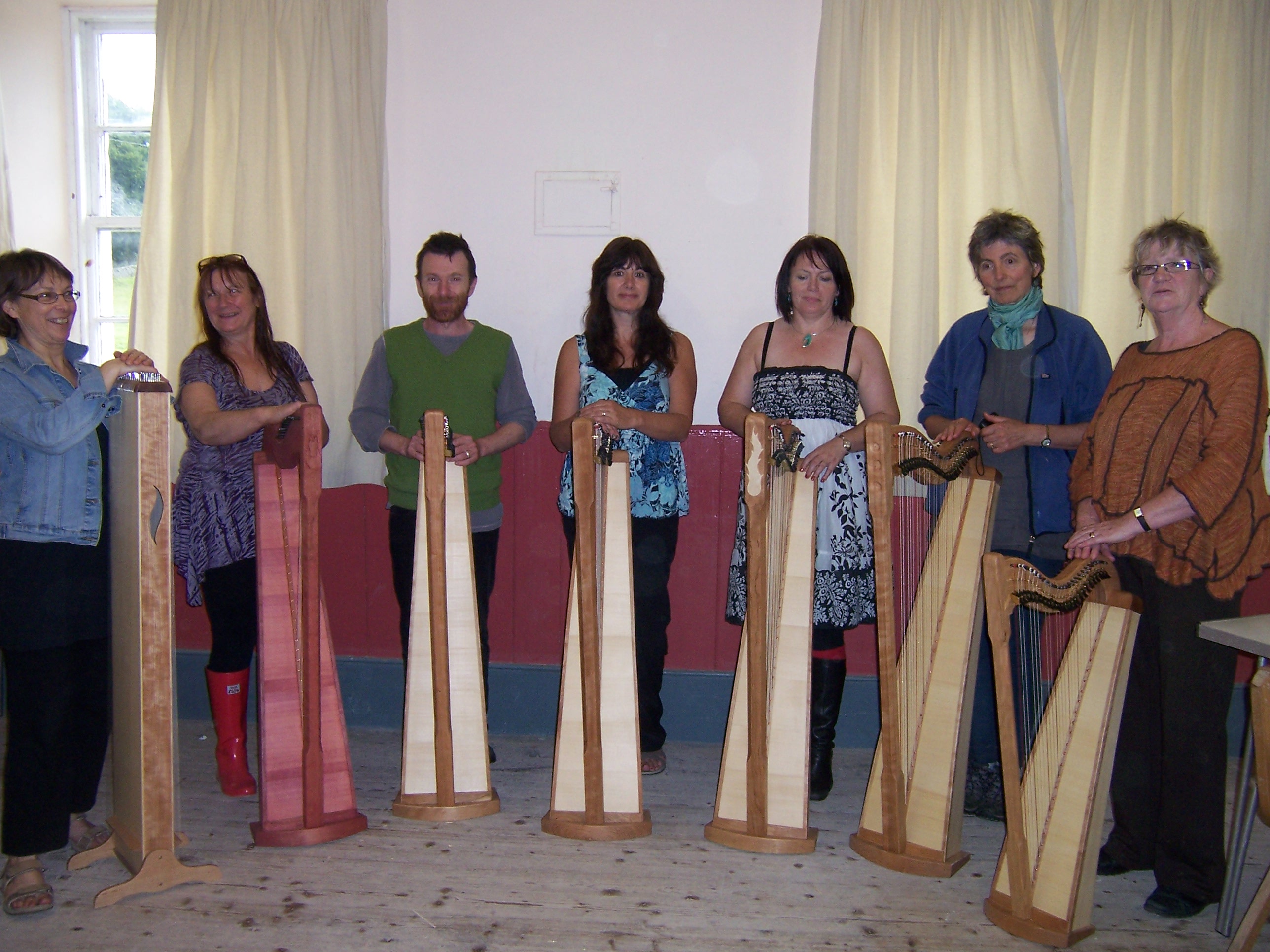 The first time I performed in public was for North Light Arts in 2011. 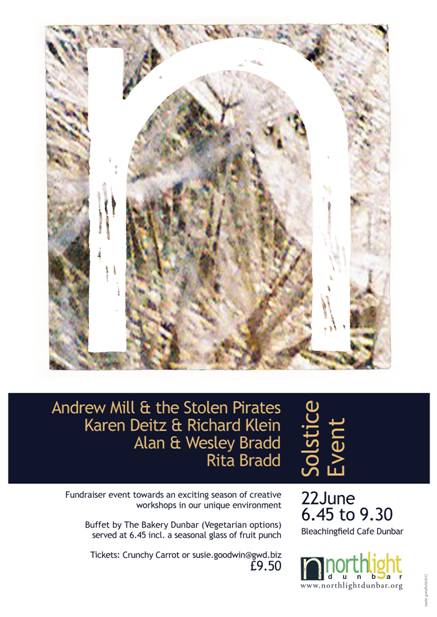 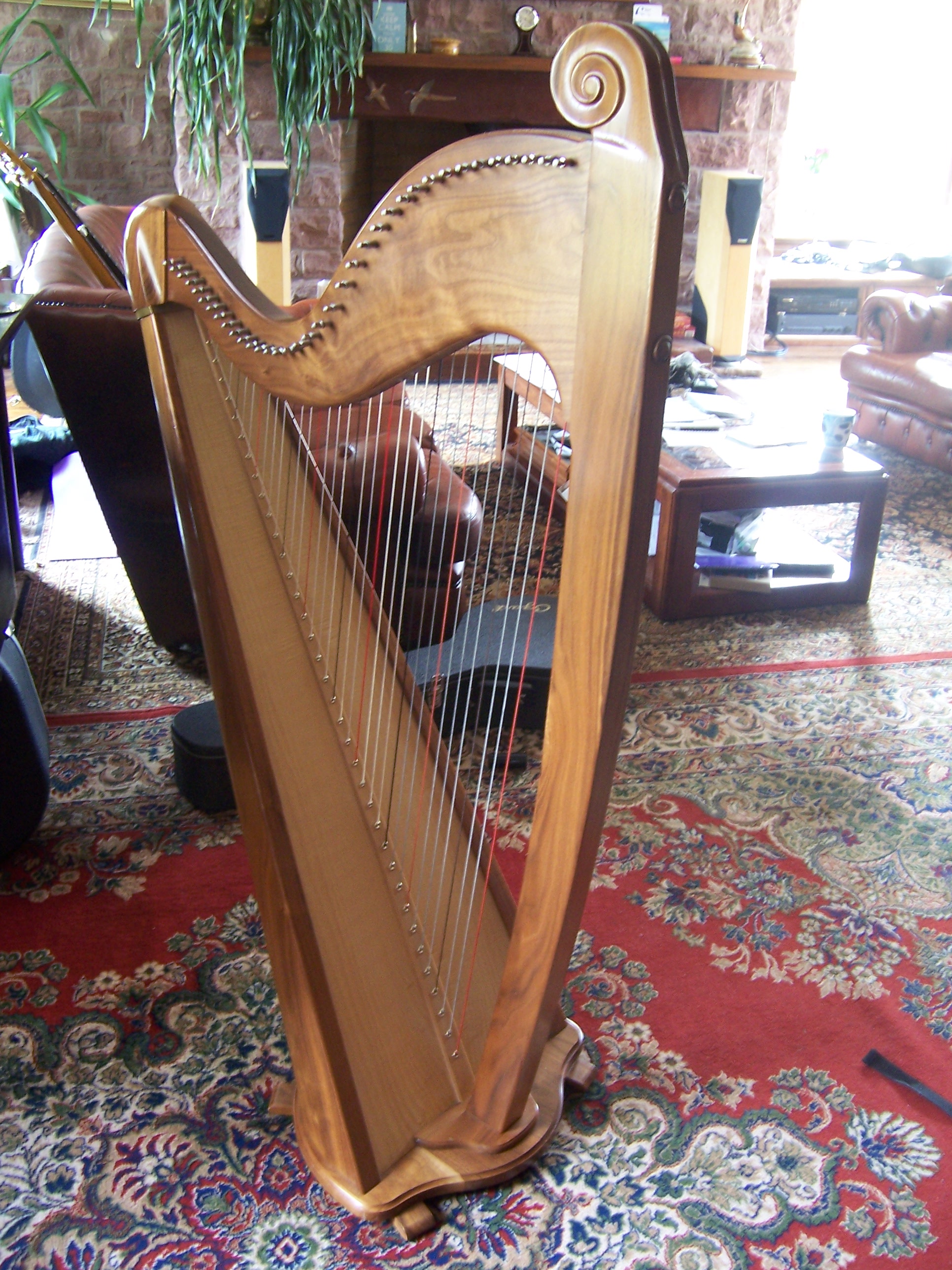 With that birthday card the ball started rolling to learn to play clarsach/small lever harp. I was lucky that Harpist/Storyteller Heather Yule lived 5 miles away from where I live. We arranged fortnightly lessons at my home and I found skills gained on piano up to Grade V as a child/teenager were transferable to the clarsach. Heather very generously loaned me a harp her father had built 30 years previously.

Six months later at EIHF in April 2009, I came home with this gorgeous fellah, whom I named ‘Tangles’. He is an Eos, from the stables of Teifi http://www.welsh-harps.com/. It was on Tangles I composed ‘The Herrin Trail’ https://vimeo.com/49789591 and ‘City of Adelaide : Farewell To Scotland’ https://www.youtube.com/watch?v=Gvr3m1NdyEs amongst others, and played him at the Scottish Poetry Library at Alastair Cook’s Absent Voices event in December 2012 to accompany a few poets included in the programme.

I later swapped ‘Tangles’ for another Teifi harp, the Telor that is lighter, with polycarbon strings. My only harp now is ‘Gypsy Rose’.